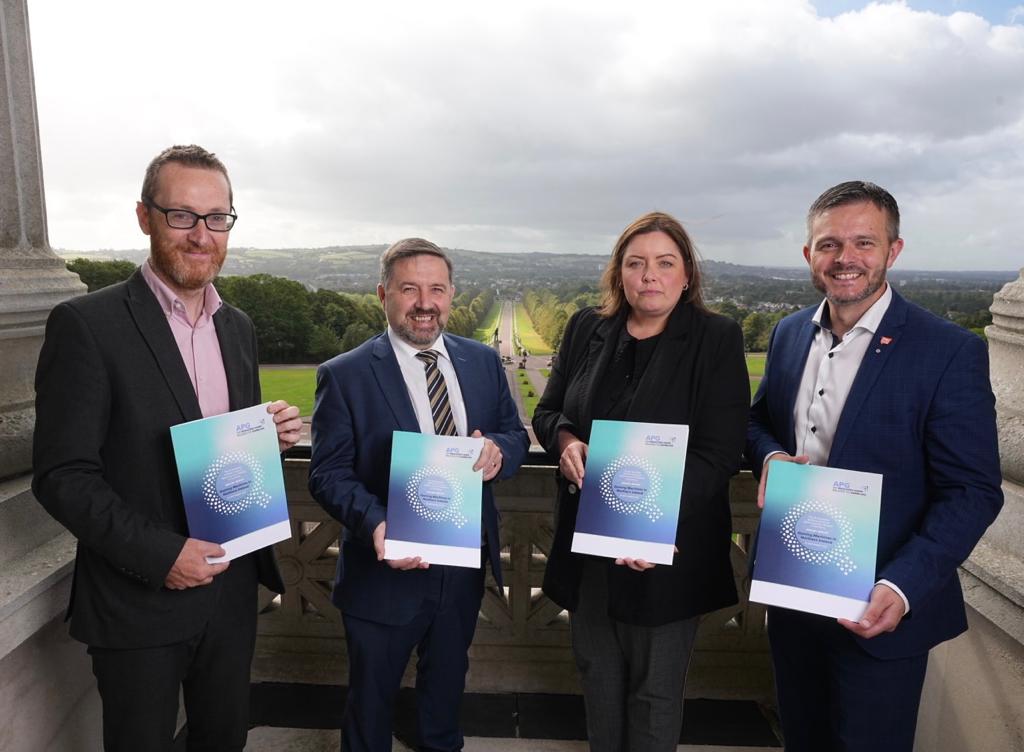 On Monday 26 September 2022, the Northern Ireland All-Party Group (APG) on Reducing Harm Related to Gambling launched its report on gaming machines, at a special event in Stormont. The event was attended by representatives of all the main parties, as well as Departmental officials, stakeholders in health, education, and sports, and charities such as Gambling with Lives and Extern Problem Gambling. Among the speakers were Minister for Communities Deirdre Hargey MLA, Minister of Health, Robin Swann MLA, Dr Matt Gaskell, a renowned expert on gambling harm and James Grimes, founder of The Big Step campaign.

The report finds that gaming machines carry a much higher risk of gambling-related harm when compared with other forms of land-based gambling. Evidence presented to the APG shows that gaming machine play carries up to three times the risk of gambling-related harm when compared to other forms of land-based gambling (such as horseracing). Gaming machine play is also the most rapid route to gambling addiction. The report therefore recommends that legislators take account of the higher risk associated with gaming machines when regulating, as there is no “one size fits all” approach to these products.

The report also finds that gaming machines are highly addictive products by design. Certain “structural characteristics” of the machines are shown to be strongly associated with gambling harm, including high stake and prize limits, “near misses”, losses disguised as wins and high spins speeds. The report recommends that the current law on stake and prize limits be enforced, and that serious consideration be given to structural characteristics when regulating, testing and licensing these machines. Consideration should also be given to banning and/or mitigating certain highly addictive features, as has already been done in Australia and New Zealand (for “near misses”), and in the GB for online slot games.

The report finds that the number and location of machines in licensed venues has a significant impact on gambling-related harm. More machines located close to other forms of gambling means more opportunities to bet simultaneously, which carries a much higher risk for users. The report recommends that current limits on the number of gaming machines in various venues be enforced, and not increased in the next round of legislation. It also recommends that gaming machines be separated from other forms of gambling, as this has been shown to significantly increase harms.

The report argues that greater clarity is needed on the legal position of so-called fixed-odds betting terminals (FOBTs) ahead of the next phase of legislation. It supports the Department for Communities’ position that FOBTs are gaming machines under the 1985 Order, and therefore subject to significantly lower stake and prize limits, and limits on the number of permitted machines per venue. It recommends that the PSNI launch a legal test, with the aim of obtaining a judicial view on the issue.

Finally, the report recommends that the land-based industry be required to furnish the Department for Communities, licensing authority or any future regulator with up-to-date data on the number and type of gaming machine in operation within their venues. This data is not currently collected.

Chair of the APG, Robbie Butler MLA, said he hopes the report will contribute to the better regulation of gaming machines, as Department for Communities officials start preparing for the next phase of reform. He added: “the facts concerning gaming machines, combined with the personal testimony we have heard from those who experienced gambling harm through [them] and from their families, underlines the risk that these machines present, and the need for carefully considered regulation”.

The APG’s Vice-Chair, Philip McGuigan MLA, added: “The information in this report demands that we update the laws around gaming machines to reflect the risks and protect vulnerable members of the community. We look forward to change in the second phase of NI gambling reform.”

The Minister for Communities, Deirdre Hargey, welcomed the report, and said that it will feature in deliberations on the next phase. She said that questions around gambling reform also “straddle health and education”, and that she is therefore eager to work with her Ministerial colleagues in the next period.

The Health Minister, Robin Swann MLA, added: “The All Party Group’s report clearly highlights the risks associated with gaming machines and the related harm this can have on an individual’s health, as well as the impact on wider society”. He added that gambling-related harm “cannot be effectively addressed in isolation.” The Minister said it was “vital that we work collaboratively with colleagues across other departments and stakeholders in this area to fully consider the report and its recommendations.”