By Will ChambreMay 4, 2022No Comments4 min read 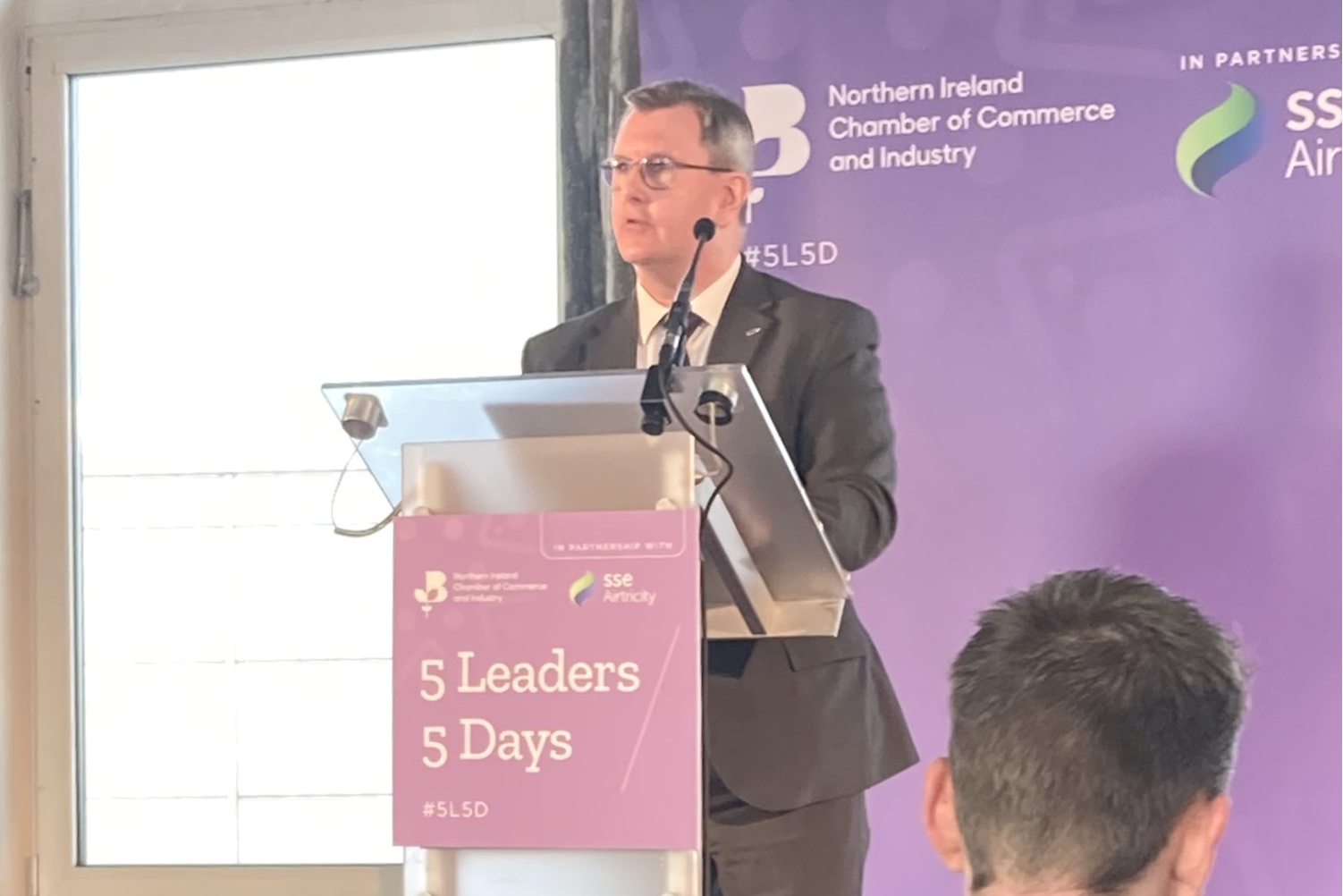 The DUP’s 60 page manifesto was launched last Thursday in Portadown. Entitled “Real actions on the issues that matter to you”, the manifesto expands on their “5-point plan” which they published last month.  The party is running 30 candidates across all 18 constituencies.

Health is the first priority that the DUP set out. In order to “fix the NHS”, the party is committed to:

The Bengoa reforms are part of a plan in response to the report produced by an Expert Panel led by Professor Bengoa to transform Health and Social Care in NI.

The party also pledge to modernise the health system and increase “the number of health professional training places in line with the HSC workforce strategy and Medical Student Places Review” and cut waiting lists by investing £700 million into the sector.

The manifesto sets out a range of commitments to help grow the economy. They include:

The party also pledges continued support for the 10x economic vision which was introduced by then DUP Minister for the Economy, Dianne Dodds (Upper Bann). The “ambitious” vision outlines how key sectors can be advanced, such as the health sciences and Financial Technology.

“The cost-of-living crisis is very real for many families in Northern Ireland”, the manifesto says. To help combat the cost of living crisis and to ‘help working families’, the party is committed to:

The party supports a Windfall tax on energy firms. This tax, the manifesto says, should be “ring-fenced” to make sure that is used to support those most in need and to deliver energy efficiency schemes to homes.

“Keep our schools world-class” is part of the party’s five point plan and is a key priority in the manifesto. To do this, the manifesto commits to:

The party also pledges to widen access to breakfast clubs and introduce a cap on school uniforms.

On a “fair funding model for all schools”, the manifesto states that while the party supports shared education, they “do not believe that one sector deserves more funding than another”. This follows on from Integrated Education Bill that the party attempted to block using a petition of concern. The Bill received Royal Assent on 26 April.

On the agri-food sector, the DUP pledge to:

The DUP pledge to “promote substantial investment to deliver on the aims and provisions of the Climate Change Act”. This follows on from the Climate Change Bill (No. 2), which was sponsored by DUP  Agriculture, Environment and Rural Affairs Minister Edwin Poots and is currently awaiting Royal Assent. They are also committed to tackling pollution in “hotspot areas” and investing in “research and development to identify green and clean solutions”.

The DUP commits to providing “world class infrastructure”, by improving NI’s roads, planning system and broadband. By doing so, they aim to ensure that NI ‘is a competitive and attractive place to do business. On people with disabilities and the elderly, the DUP are committed to “expediting” a new Disability Strategy and will prioritise an “age-friendly” policy. In 2020 it was announced by the Department for the Communities that work would commence on the development of a Disability Strategy. The strategy has yet to be realised.