By Will ChambreApril 20, 2022No Comments6 min read 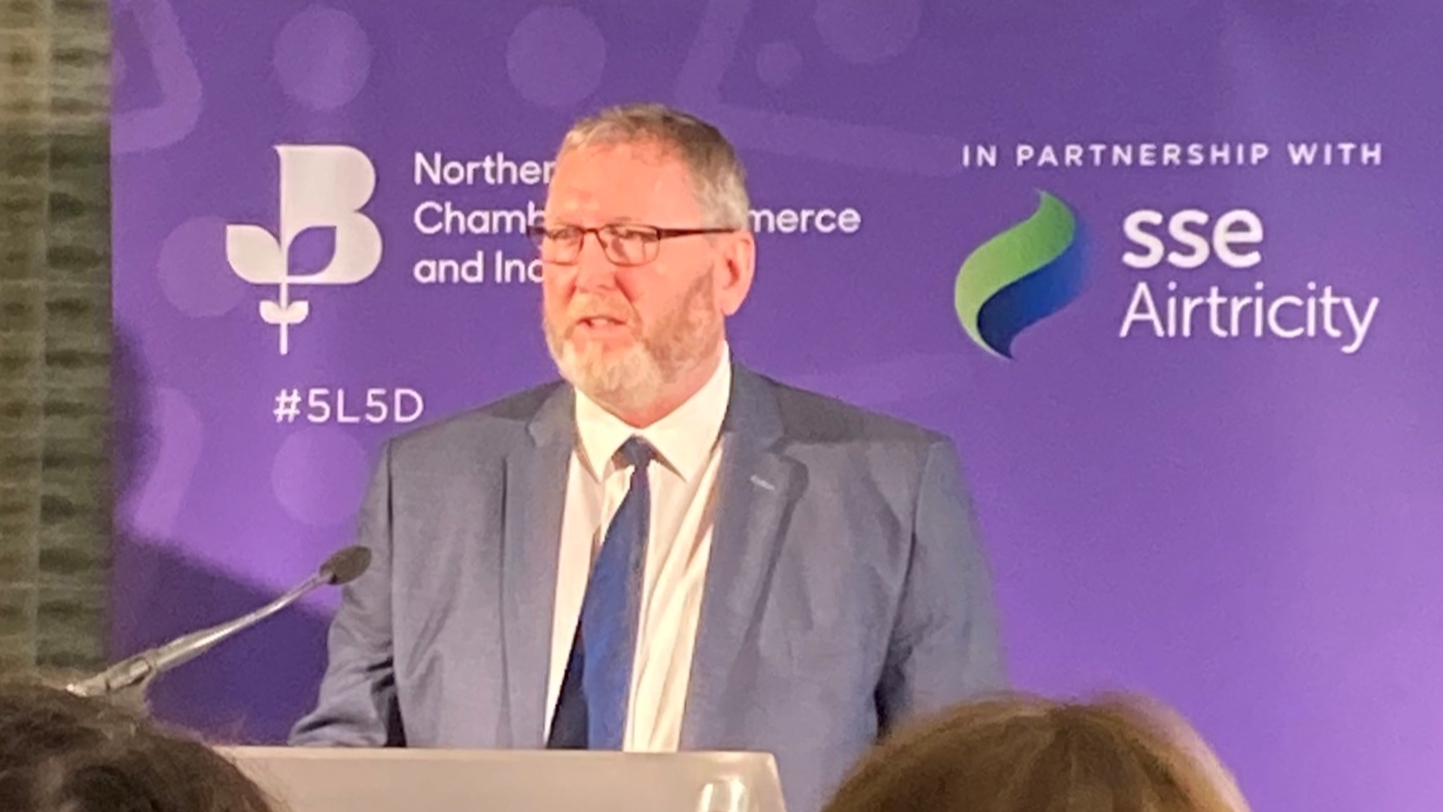 Chambré Account Executive Connor Hogan takes a look at the Ulster Unionists pitch for the upcoming Assembly election on 5 May.

As the election campaign continues, the Ulster Unionists are the only party so far to publish their Assembly election manifesto. Published on 4 April, Build a Better Northern Ireland, promises to deliver a “a confident, positive, pro-union alternative” for the electorate.

The greatest focus within the manifesto is on health. Former party leader Robin Swann took the ministerial reigns at the Department of Health in January 2020, and the UUP is committed to choosing the department again if given the chance. In his final appearance before the Stormont Health Committee, Swann noted that his successor will have “much work to do”, and repeated his frustration at Stormont’s failure to pass a three-year budget, which would have given a significant funding boost to the health service.

The party is committed to a ban on the use of contract agency workers “once the immediate HSC pressures subside” and to establishing a single Mental Health Trust for Northern Ireland. They also propose a funding increase for the Child and Adolescent Mental Health Service (CAMHS) by a minimum of 10% of adult mental health funding.

Other commitments include creating a standalone loneliness strategy. The party also wants to see a “regionally consistent approach” to cancer services throughout Northern Ireland, involving greater collaboration between the Trusts and targeted funding to equalise waiting times for treatment.

The Ulster Unionists reiterate their opposition to the Northern Ireland Protocol, saying that it “warned of the potential hazards”. It is committed to advocate for “common sense alternatives”:

The other unionist parties have criticised these alternatives in the past, although have yet to come up with their own, bar getting rid of the Protocol. The DUP asserts that it must be replaced with new arrangements “that restore [Northern Ireland’s] place within the UK internal market” and which pass its seven tests. The TUV is doggedly opposed to the Protocol in all forms, with its leader Jim Alistair stating that it is “Irish unity in transition” and confirming that his party would oppose it on all levels. DUP leader Sir Jeffrey Donaldson reiterated earlier this month that his party will not return to Stormont until changes are made to the current arrangements.

At a recent event, Doug Beattie said that the need for a three-year NI Executive budget was “not a political argument, [but] an economic argument”, and emphasised the need to develop the skills base in the Northern Ireland economy. On the economy, the party is committed to:

establishing a “Job Skills Fund” for job skills training, apprenticeships and life-long learning for all workers – similar to schemes in Scotland and Ireland.

The proposal to designate all ports and airports as “freeports” echoes similar calls from the Federation for Small Businesses (FSB) NI, who have argued that the UK Government should designate the whole of Northern Ireland as an Enhanced Economic Zone (i.e. a “Northern Ireland-wide Freeport”) “to ensure […] the benefits of the Freeport are shared right across Northern Ireland”. Although no freeports have been announced for NI thus far, the UK Government has said it is seeking to establish “at least one”. It has been speculated that the complexities arising from the Northern Ireland Protocol may be causing a delay in designating a freeport in NI.

On infrastructure, the UUP commits to establishing an independent commission to provide annual assessments to the Executive. A recent Ministerial Advisory Panel recommended the move, but the manifesto argues that the proposed measures were “vague”. The previous Infrastructure Minister Nichola Mallon (SDLP), supports the establishment of an independent commission, calling it a “game changer”.

The party also commits to “rapidly increasing” the extent of the EV charging network in the new mandate. The new energy strategy for NI, published by the Executive in December 2021, notes that a large-scale transition to EVs in the coming decade is crucial for the Northern Ireland economy. And the previous Executive committed to publishing an EV Charging Infrastructure Plan this year, though this has not yet happened. The current distribution of EV charging ports in Northern Ireland has been criticised by MLAs, who cite lack of investment as a major issue.

The origins of the controlled sector began in the 1930s, when schools managed mainly by the Protestant churches were transferred to the state, in return for statutory rights of representation. Transferor representatives are now nominated by the main Protestant churches and appointed by the Education Authority to sit on the board of governors for controlled schools. It has been argued that this allows the Churches to ensure the continued existence of a Christian ethos within those schools. Similarly, Catholic Maintained schools are managed by Boards of Governors which are nominated by trustees which include representatives from the Catholic Church.

It is unclear whether the UUP intends to maintain a role for the transferor representatives in its proposed system, or whether it plans to integrate with representatives from other denominations. In 2020, it was reported that plans for the first joint authority school had been delayed since 2016, and in 2021 the plan was abandoned as one of the schools closed. It seems certain that the future role of transferor representatives and the Catholic Church in a “multi-denominational single education system” will be contentious, as both will seek to ensure their interests are represented.

The party is committed is making housing a stand-alone issue in the new Programme for Government (PfG). Several organisations in Northern Ireland, including Housing Rights, Homeless Connect, Chartered Institute of Housing (CIH) and the NI Federation of Housing Associations (NIFHA) had called for a “housing-specific outcome” to be included in the draft PfG 2021, highlighting the commitment within New Decade New Approach (NDNA) to prioritise housing.

There is also a commitment to establish a “fuel poverty task force”. The job of the taskforce would be to bring forward solutions to support householders facing sharp hikes in their energy bills. The proposal is supported by National Energy Action NI, which is part of a UK-wide charity seeking to end fuel poverty.

And finally, the party is committed to banning conversion therapy in relation to the LBGTQ community. In 2021, the Assembly passed a UUP motion calling for the ban, although legislation would be required to implement this. The ban has been endorsed by civil rights organisations such as Stonewall, the Rainbow Project and Cara-Friend. The DUP sought to include an amendment to the original motion that included protections for “legitimate religious activities such as preaching, prayer and pastoral support”, insisting those do not constitute conversion therapy, though this was defeated.